Where do you find your customers? How do you attract the right customers in today’s  media setting?

Lately, I’ve been asking friends and family this question: “What do you watch on TV these days?” I’m less interested in what they’re watching, but how they’re watching. I think it’s an interesting question as an informal generational study. My 30-something friends and I still comfortably have feet in both traditional TV and digital streaming. But, if you were to ask my 80-something grandparents or my college-aged cousins the same question, they would have very different answers. I ask them these questions because a lot of information has been published lately on how different age groups participate in media and we, as marketers, are noticing and acting on this knowledge bank. This chart demonstrates media use by age bracket. 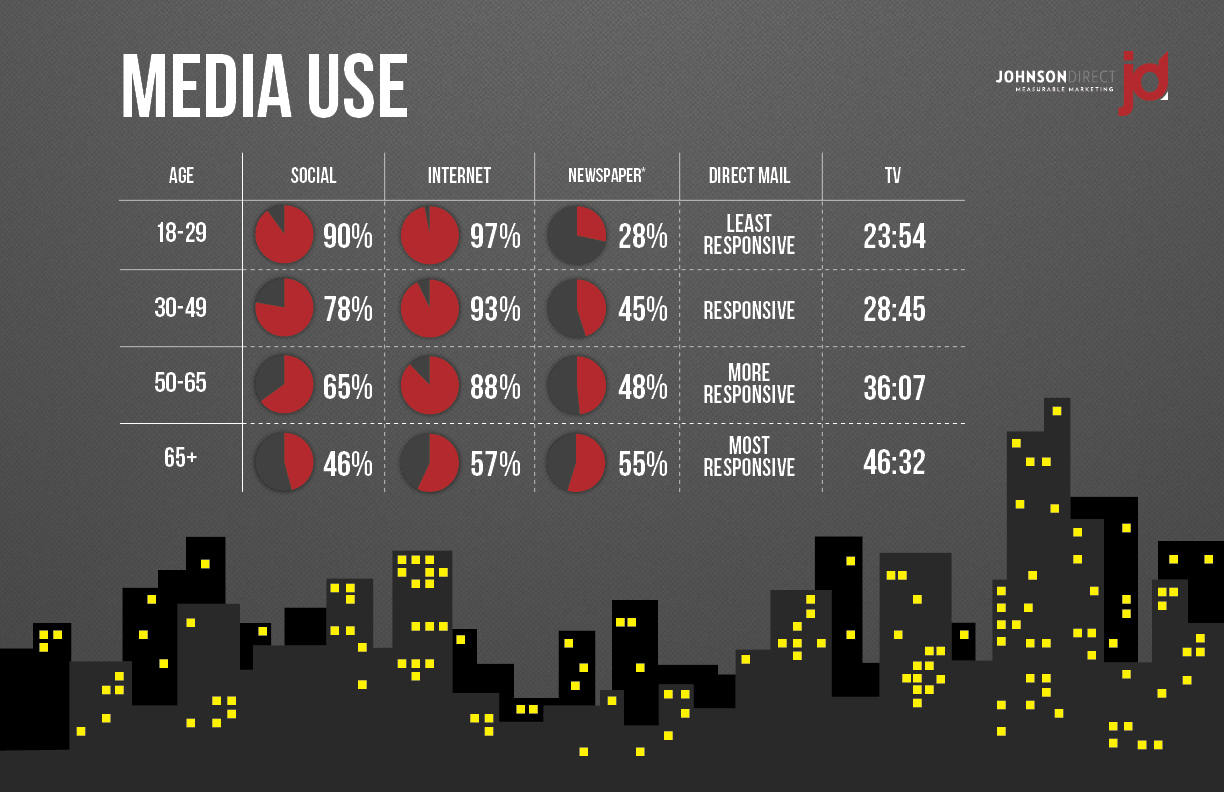 My grandparents use the internet, so they’re among the cool kids in their circle. But before you start asking for their Twitter details, know that they still share an AOL dial-up account. Ouch… So, they’re not watching TV online. They’re home on Friday nights, so to them Tom Selleck was and still is still the king of prime time (and if you ask Grandma, he always has been the king….). My cousins, on the other hand, are connected. They want to experience everything with their social network. They’re content HOGS! 90% of 18-29 year olds are on social networks and rarely are doing only that one activity. In their 23 plus hours of weekly TV, they’re watching as a live group. Their “second screens” have become prime real estate for digital marketers.

Every year advertisers descend onto the ballrooms and theaters of New York to partake in what those in traditional television (think the big 4: ABC, CBS, FOX and NBC) call “the Upfronts”. If we have planned this blog the right way, these meetings are happening as this is being posted.  They are planning for the upcoming fall television season so that they can make strategic media buys. Where this is becoming more and more interesting is that there is a new wave of presentations popping up appropriately called “New Fronts.” These meetings are focused on presenting content that will be exclusively released on a digital medium. Think Hulu, Vimeo and Crackle.

If you’re 21 and have nothing to do between classes, you’re on your phone on BuzzFeed taking a quiz about which character from Mad Men you are. If you’re 31 and have a desk job, you’re in your office and convince your boss that the same Mad Men quiz is applicable to that blog post you’re working on… Thanks for reading by the way. If you’ve been retired for a while, instead you’ve probably read the newspaper already and you’re waiting to see what Brian Williams has to say tonight about this new thing called BuzzFeed. But how you approach each of these people is important not only in the placement of media, but also in how messaging is developed and approached.

This is the media landscape that we live in, and most Americans fit into a profile somewhere in between. As marketers, how do we make the most of this knowledge? How does this inform the approach you take with attracting new customers? What about maintaining your customer base?

A multi-channel approach has shown to be the most effective approach for us as targeted marketers. We make significant efforts to find customers where they’re most comfortable. This multi-media approach is solidly grounded in a digital approach because it is where consumers live, but more importantly from a marketing viewpoint it can be quantified and evaluated for success.

This Data Never Sleeps infographic demonstrates just how much data is generated by media outlet every minute of the day: 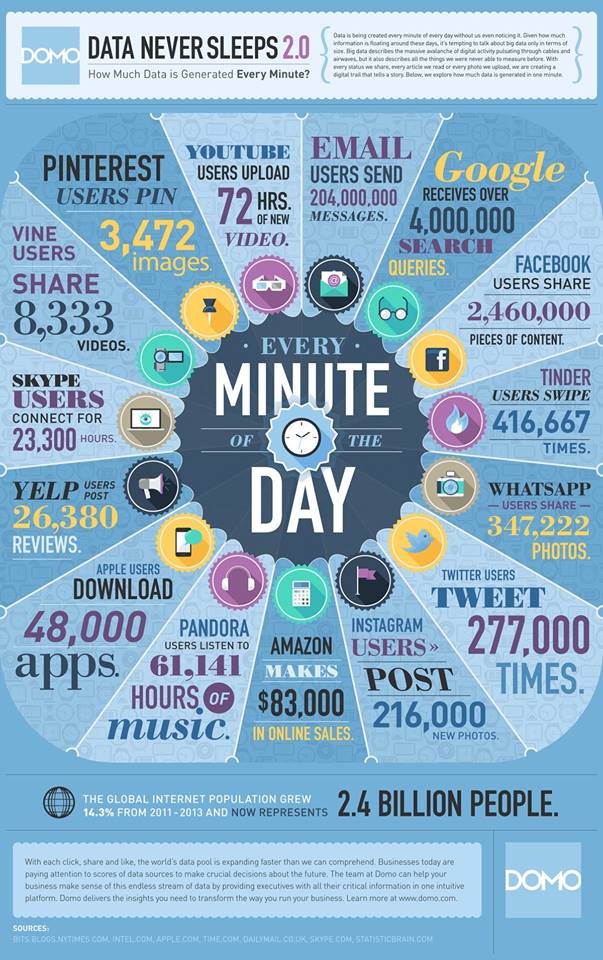